Subsidence is the propensity for upward, lateral, or downward ground movement, which can result in structures moving, sinking in one area or across the entire foundation footprint. During construction, ground instability can cause soil slippage which often requires stabilisation prior to conducting additional excavation for building foundations or swimming pools or building retaining walls. Once a building is already in place, ground instability can cause movement of the building or structure, resulting in internal or external wall cracks, inability to open and close windows and doors, sunken floors, and more.

Mainmark’s non-invasive solutions compact the ground and provide soil stabilisation addressing subsidence. Before and After treatment: 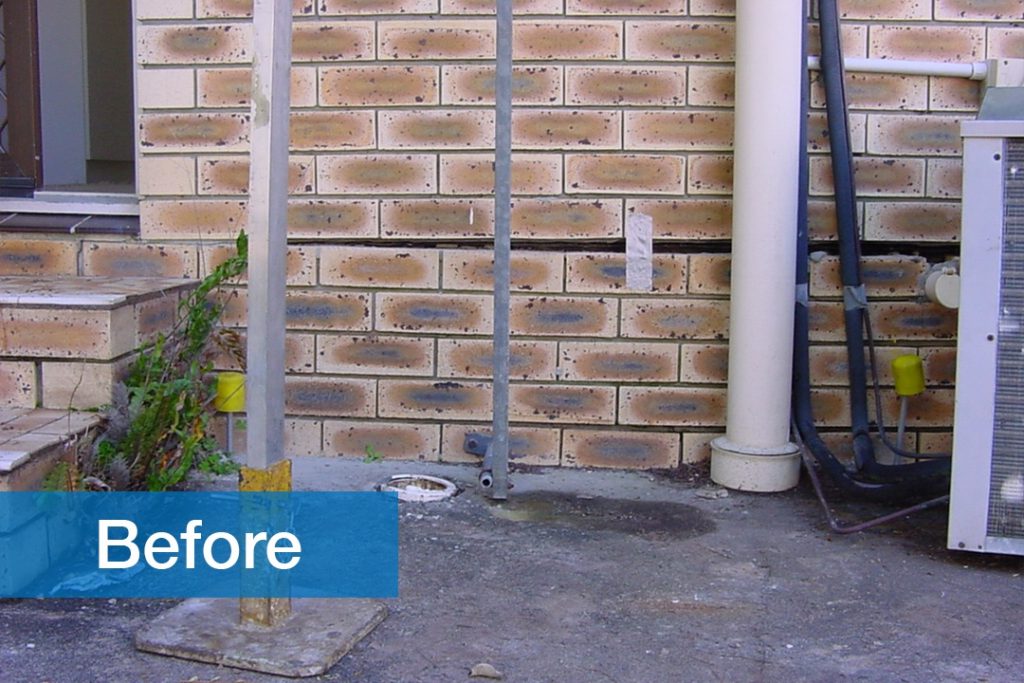 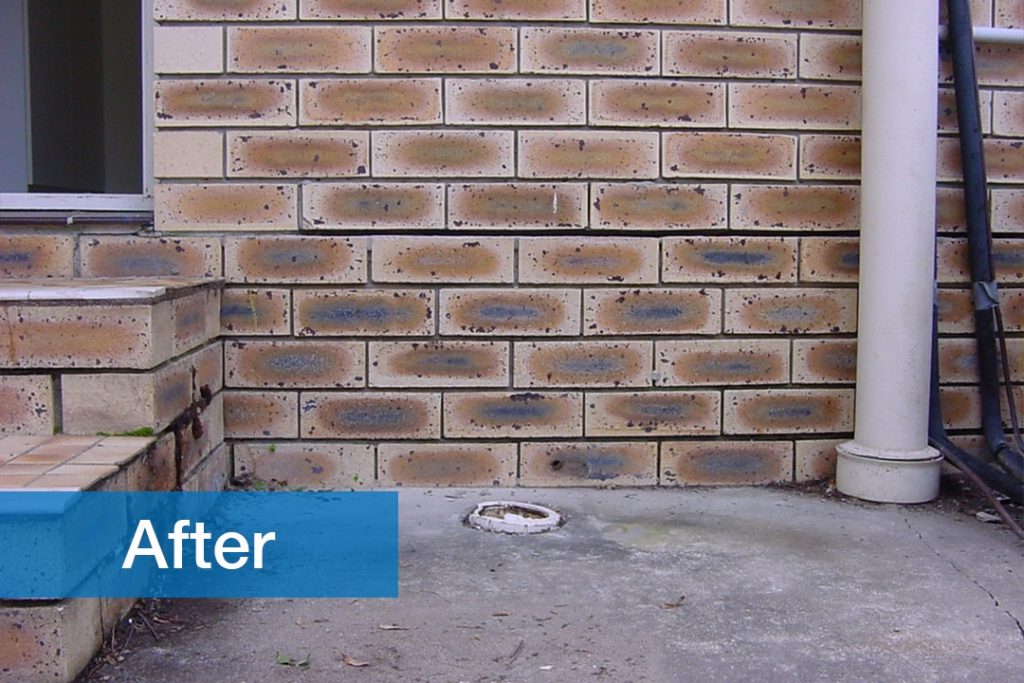 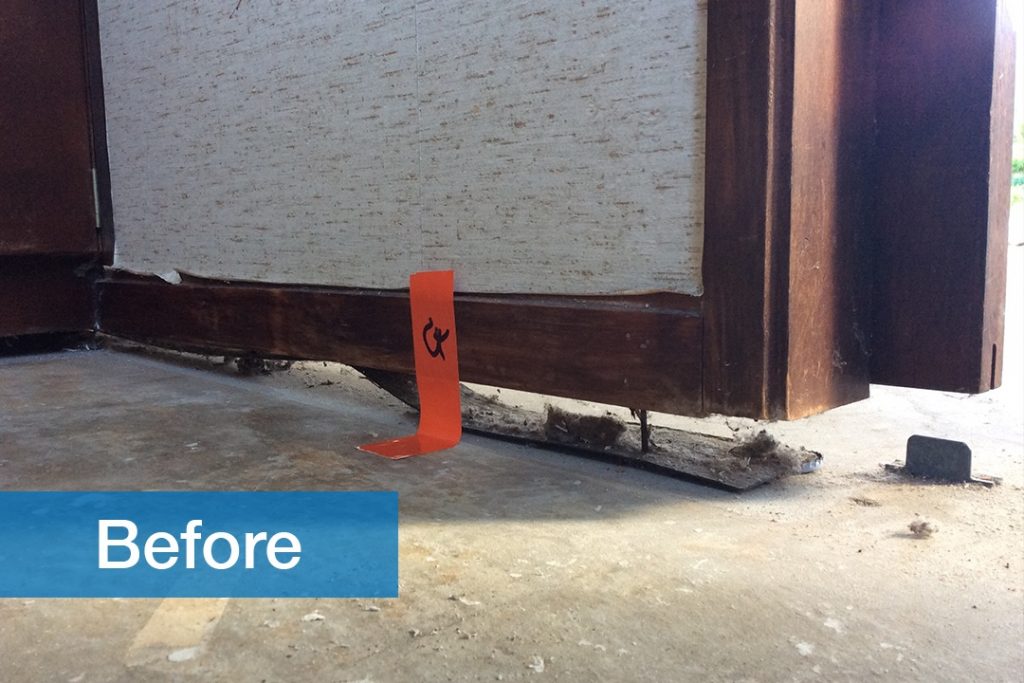 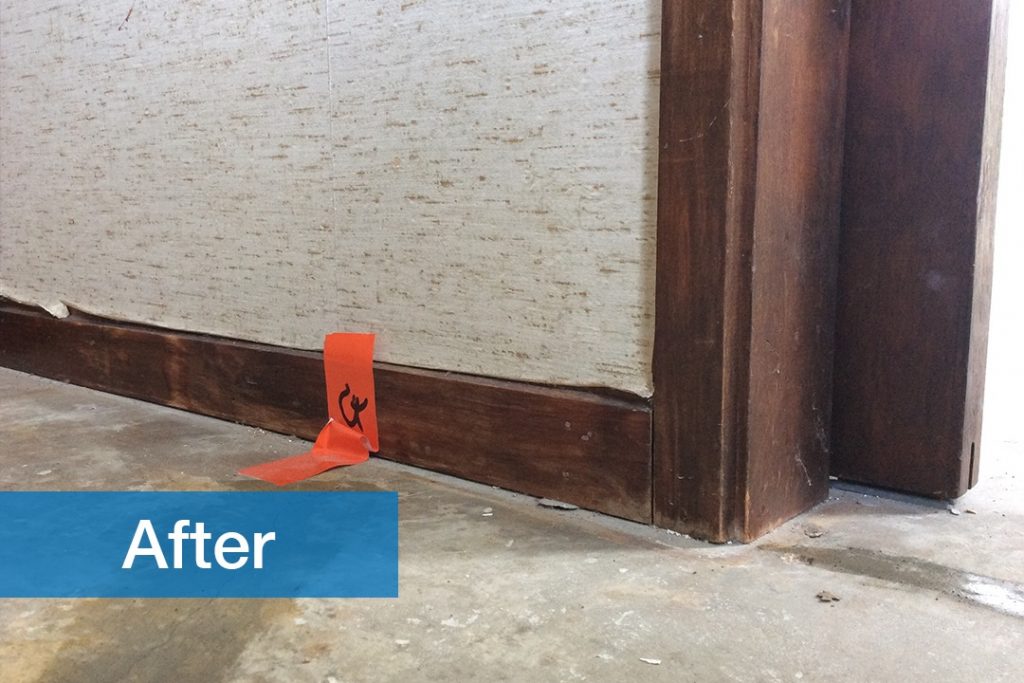 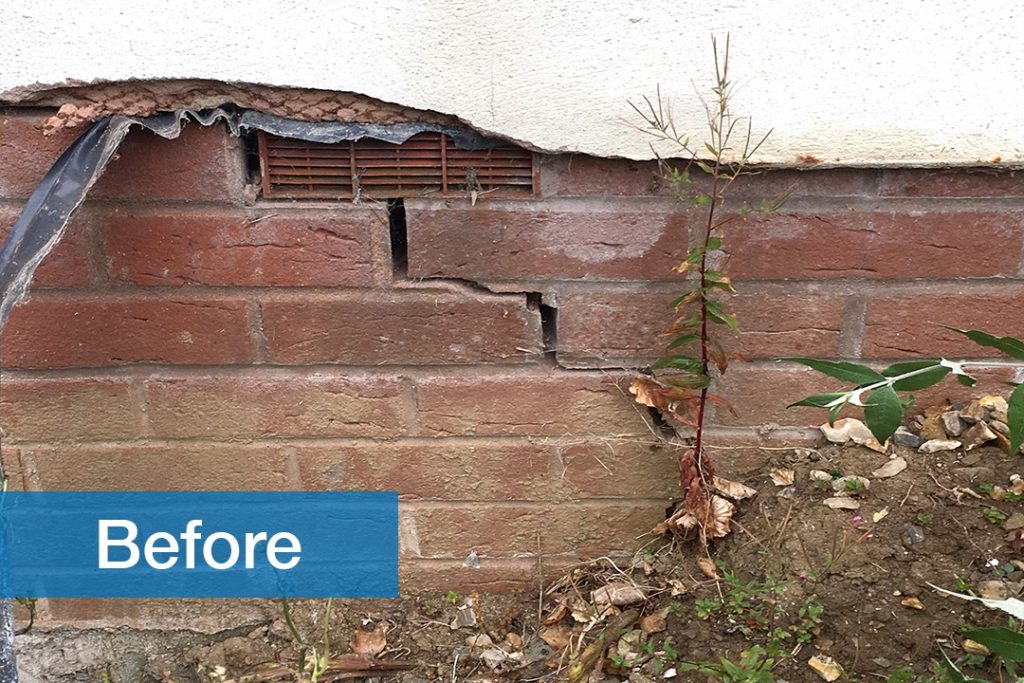 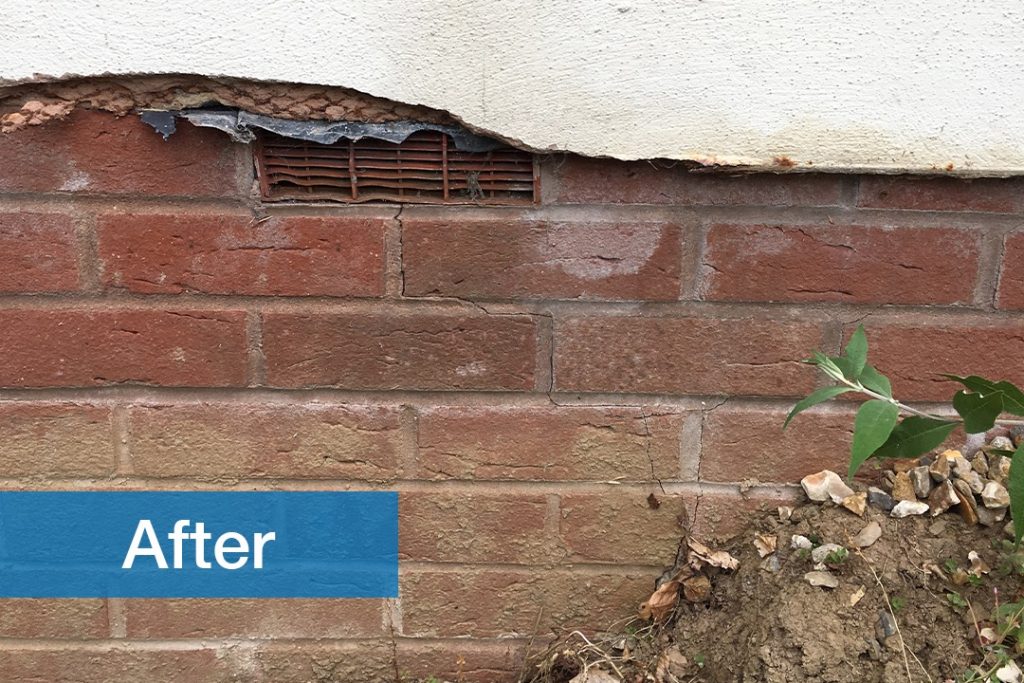 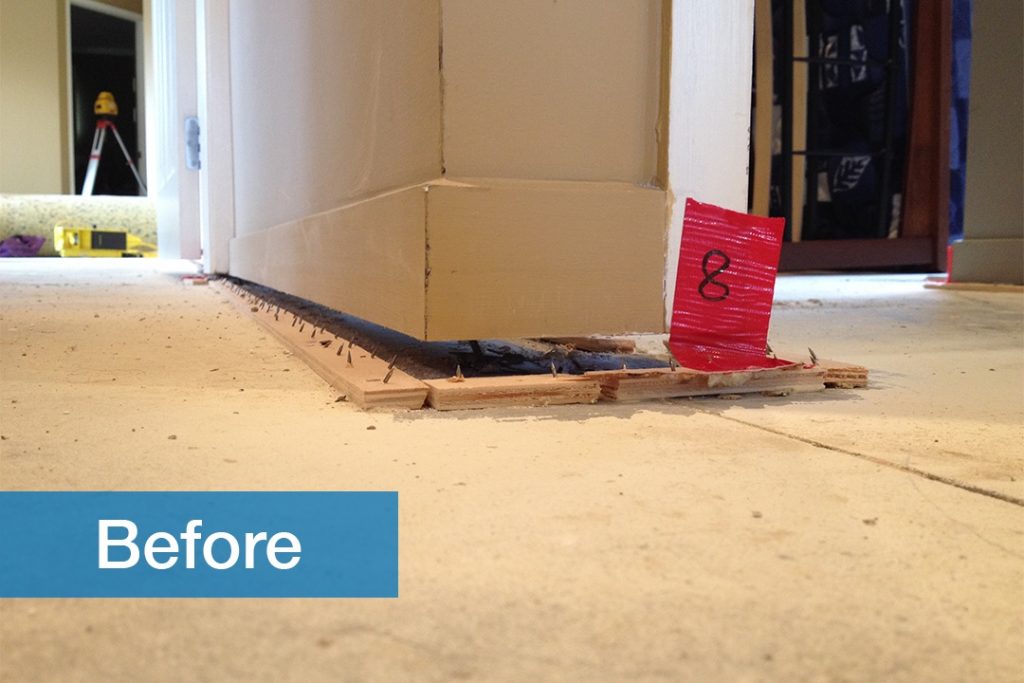 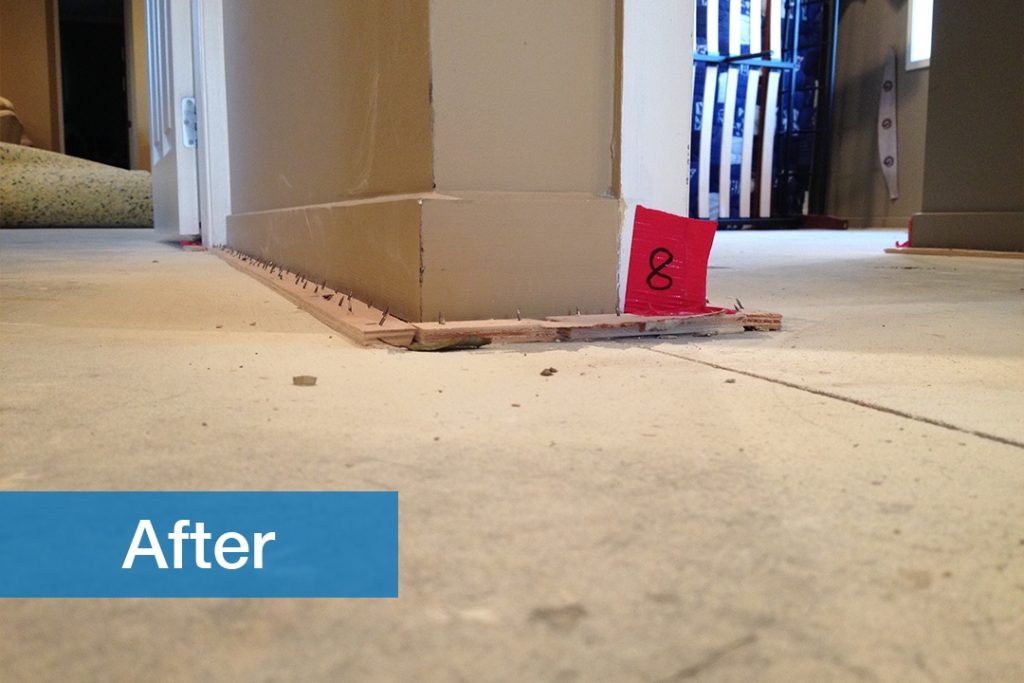 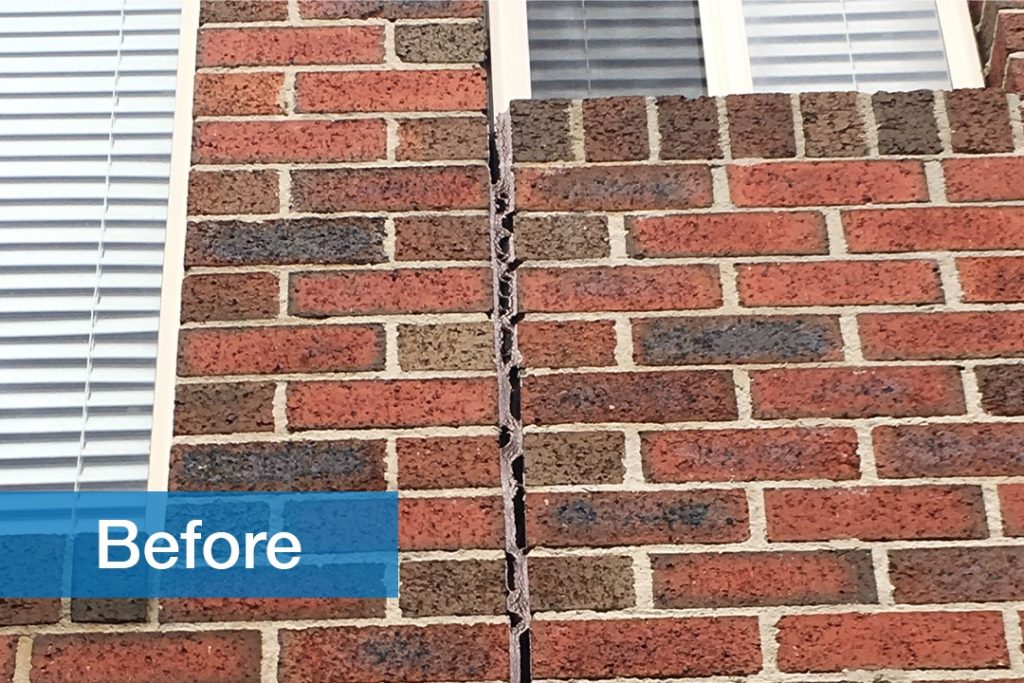 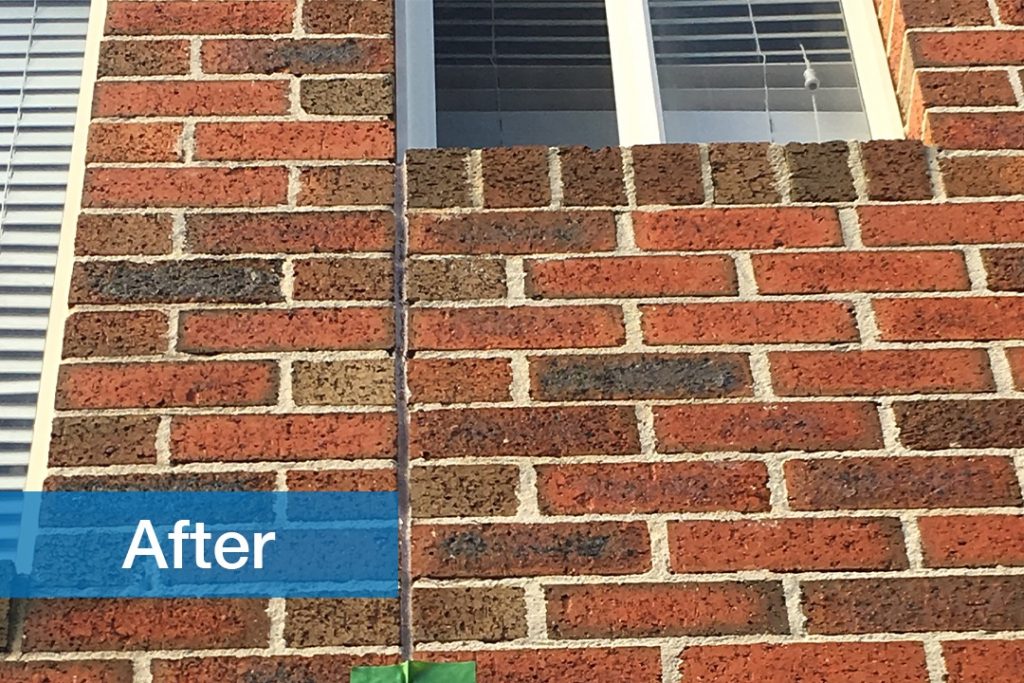 Mainmark offers state of the art technology to stabilise the ground beneath your home. Using resin injection ground stabilisation, we improve ground compaction. We can then raise and re-level sunken buildings, then add support to the ground for soil stabilisation to strengthen the foundation and stop the soil underneath and around the buildings slipping or moving. We have successfully raised, re-levelled, and re-supported thousands of homes around the world.

We visit your home, assess the damage, and discover the cause. Our experienced engineers and technicians establish the approach needed, creating a plan specific to the needs of your house.

As the weak ground under houses is strengthened, and sunken floors are brought back to level, any internal and external wall cracks generally close up too. Most importantly, structural damage is resolved and, with a stable foundation, the future of the house is sound.

Our deep resin injection ground stabilisation and foundation repair solutions are the modern answer to more traditional methods of underpinning. Compared to concrete underpinning, it’s like keyhole surgery, as the injection holes are often as small as the size of a five cent coin. Our alternatives to underpinning are not just for concrete floors. We can underpin, raise and re-level strip footings, raft slabs, and ‘waffle-pod’ slabs too.  We also have solutions for soil stabilisation and ground compaction under driveways and paths.

Deep-lift using our Teretek engineered resin solution is a method used for strengthening foundation ground. The resins and hardeners mix together in the ground, and expand to compact the adjacent soils and increase their load-bearing capacity.

Another of our technologies for improving ground compaction and stability is Permeation Grouting, which can create ground cohesion before soil excavation takes place, making it a good option for soil stabilisation for swimming pools, retaining walls etc. It involves filling in cracks, joints, and other small defects in rock, sandy coastal, and other non-cohesive soils or other porous ground with a cement-based grout. It can stabilise the ground at depths of up to 60 metres.

What causes weak ground and subsidence?

Subsidence can happen naturally as part of the earth’s constantly shifting crust. It can be exacerbated by issues such as soil compaction, loss of ground moisture, excessive excavation, or erosion. Ground instability causes subsidence and, often, the damage can seem to be reversed as the ground shifts back and forth over time.

Want to learn more about the signs of subsidence?

Sinking floors, paths and driveway slabs, cracked walls, jamming doors and windows can all be indicators of structural damage due to subsidence and voids under the ground. Typical causes are unstable or weak ground, a broken pipe causing soil erosion, moisture changes in clay soil, nearby building and excavation works, and seismic activity or liquefaction. Our solutions are cutting edge and the modern answer to the traditional way to underpin; they are like keyhole surgery compared to concrete underpinning. Our alternatives to underpinning are not just for concrete slab floors. We can underpin, raise and re-level strip footings and raft slabs, plus we can infill under slabs and driveways.

How to fix subsidence?

Various product warranties and Building Code requirements apply (please contact us to see which apply to your region or country).

Sectors we fix subsidence in: 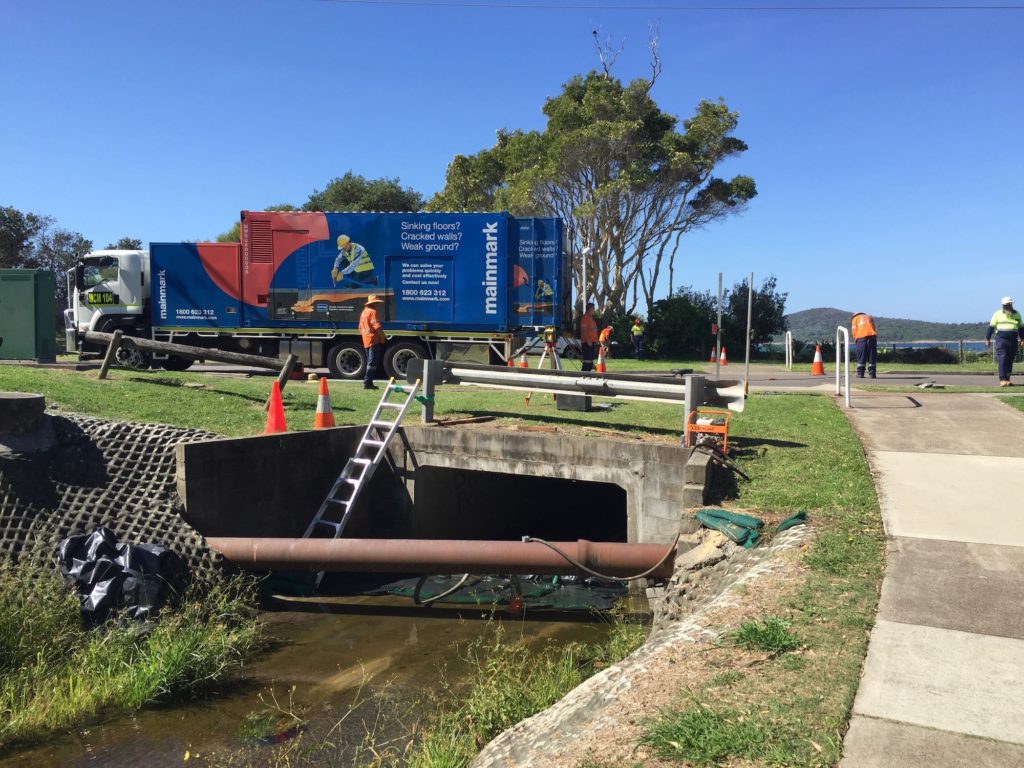 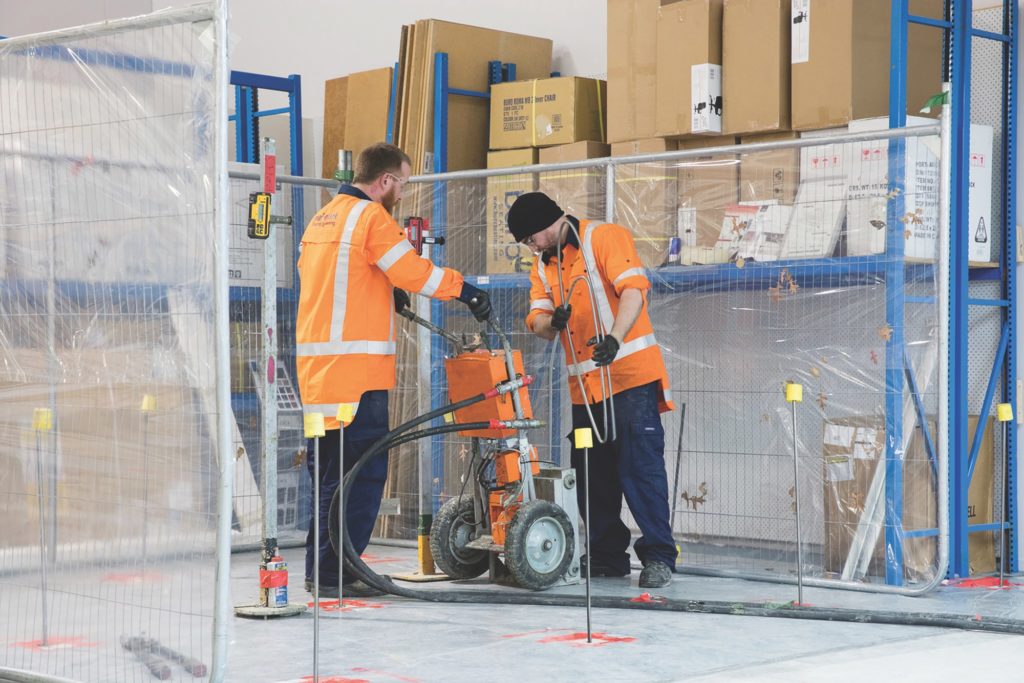 Mainmark can stabilise and strengthen the ground under structures of any size, including commercial and industrial structures. The processes are time- and cost-effective, making them sought after around the world. 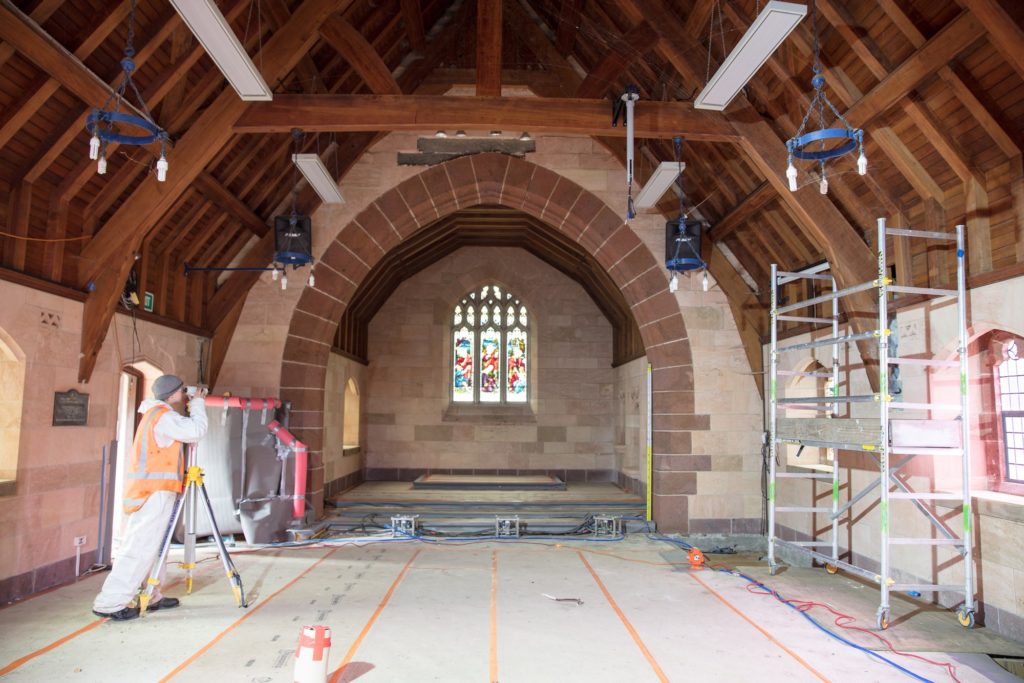 Mainmark can stabilise the ground under heritage buildings that are susceptible to movement to preserve the structure, then bring the building back to level, generally closing up internal and external wall cracks and resolving structural damage. 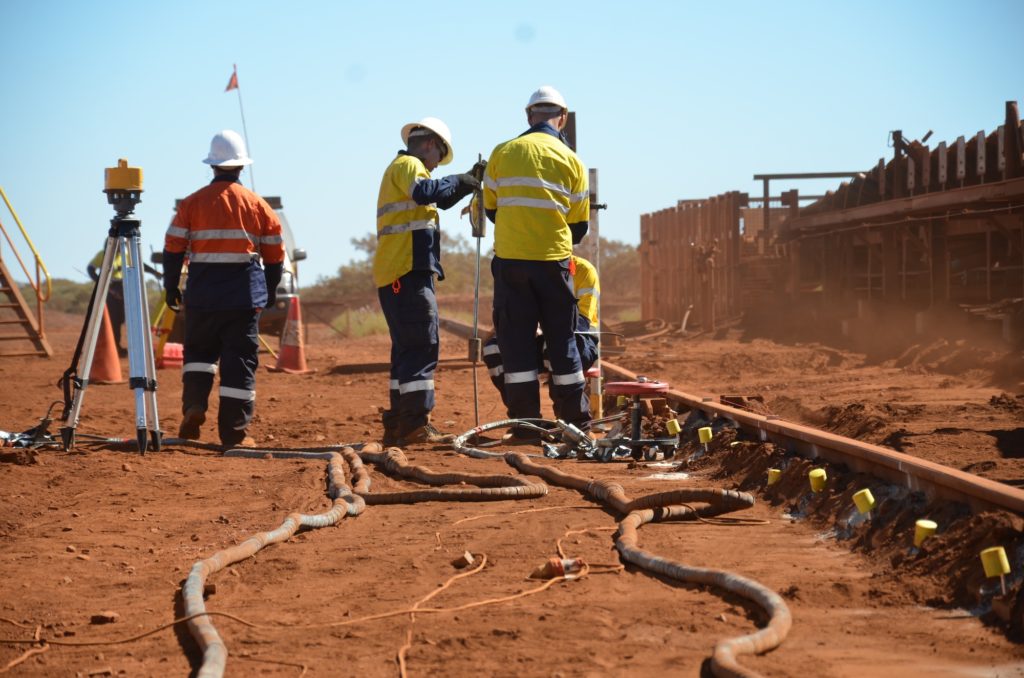 Mainmark resolves ground instability and weak ground in mining operations that are caused by digging, blasting and high traffic usage. This will address occupational health and safety challenges.

For expert advice on identifying the causes of movement in a building, download a copy of ‘Foundation Maintenance and Footing Performance: A Homeowner’s Guide’ from CSIRO.