Solutions for underpinning a house in Auckland

Homes in many parts of Auckland may experience subsidence that leads to sunken foundations. Visible signs of this occurring at your property may include cracks forming in the exterior walls, a sliding door sticking and windows that become jammed.

Sloping and cracked floors, cracks in block walls, and doors and windows that won’t close properly can all be warning signs of foundation problems. If a building becomes un-level due to subsidence, it can result in significant and expensive damage, particularly if left unaddressed. This is when homeowners may look to foundation repair companies for a solution to help ‘underpin’ their home.

Auckland is often affected by challenging weather conditions. Many properties are built on soils that react to changes in moisture levels, with some clay foundation soils known to expand and contract following periods of heavy rain or drought. With its coastal aspect, the city’s extreme weather events can include torrential rain and localised storm activity at different times of year. However, properties in Auckland and surrounding suburbs may face a wide range of factors that can lead to structural problems: 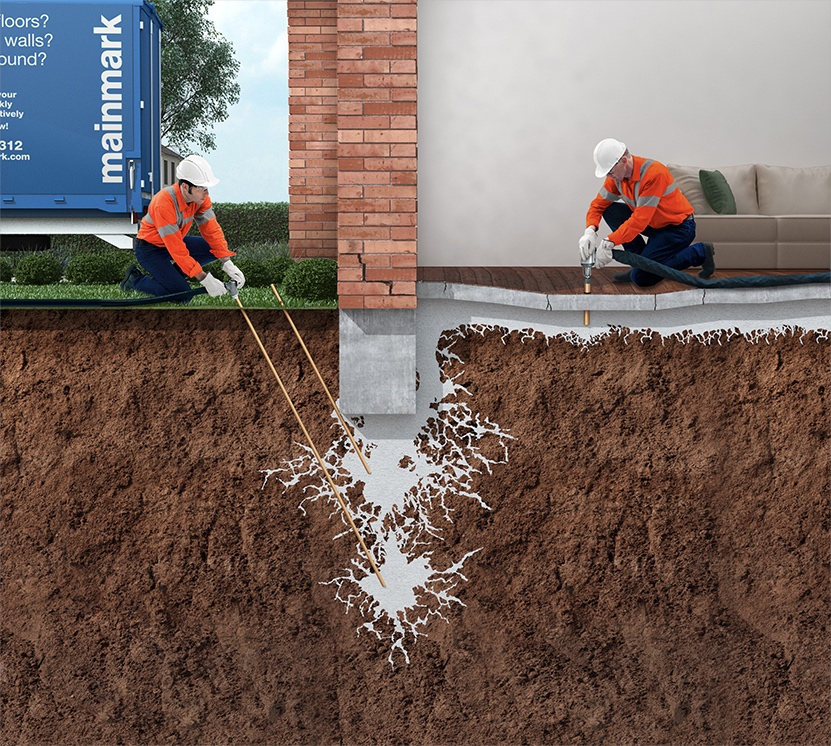 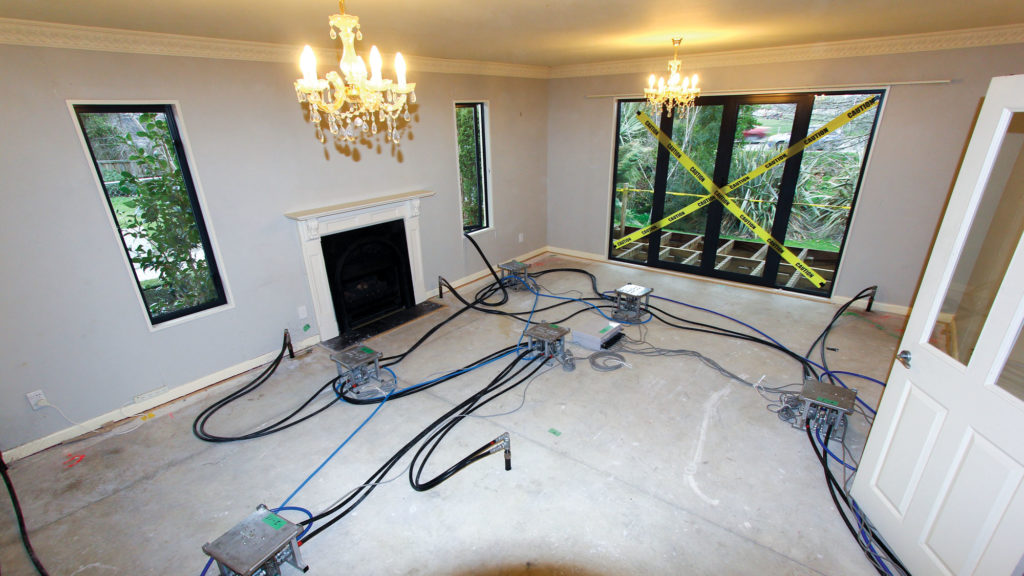 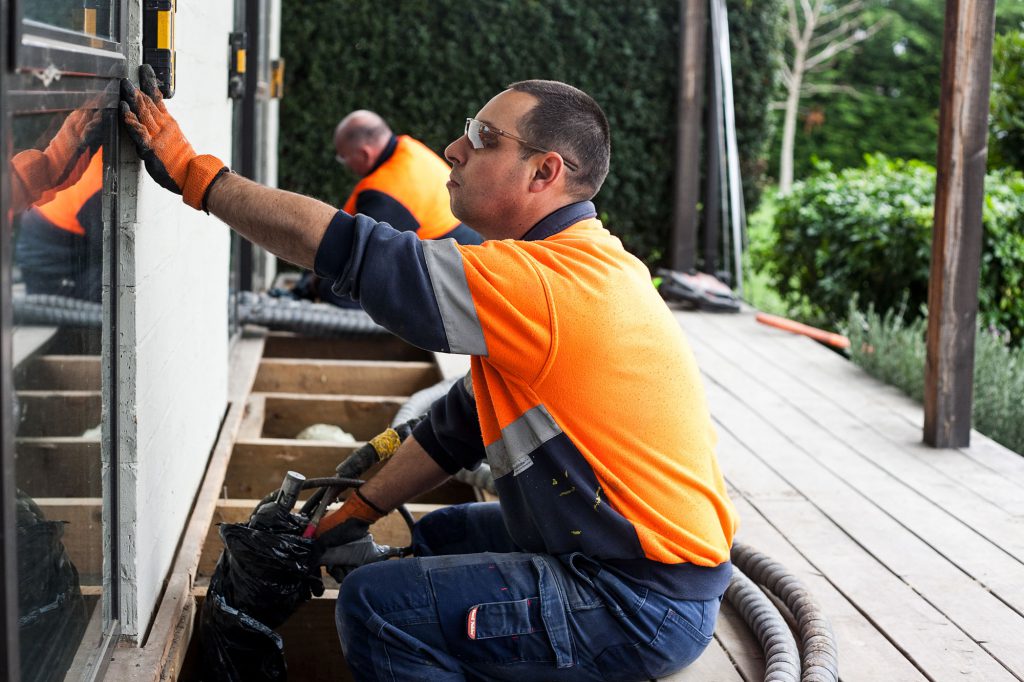 Mainmark offers some of the most advanced non-invasive resin injection and grout technologies to quickly correct foundation ground issues with minimal mess or disruption, perfected over more than 20 years in business.  With a sound knowledge of Auckland’s unique local conditions, Mainmark utilises its Teretek® engineered resin injection solution to effectively raise, re-level, and re-support footings under a home.

Teretek is a unique two-in-one solution that provides both ground improvement and re-levels homes, backed by a 50-year product warranty. It increases ground bearing capacity, fills voids, rehabilitates foundation ground to raise sinking foundations and reduces wall cracking, all at a fraction of the cost of traditional underpinning, and with no detrimental effects on the environment.

Mainmark has successfully raised and re-levelled hundreds of homes and driveways throughout Auckland. The process is extremely quick; most house re-levelling, concrete block wall repair and concrete slab lifting takes less than a day, and driveways and slabs can be driven on within hours once the application is complete.

The cost of foundation repair using traditional methods can be high due to the invasive nature of concrete underpinning or re-piling, which is generally a lengthy and messy process. Teretek is the modern way to re-support the footings in your house. It’s applied like keyhole surgery and most jobs can be done in a day, usually reducing the cost of the works when compared to traditional underpinning.  As every home is different, Mainmark finds the best solution to treat the root of the problem.  The cost of each job will vary according to:

When it comes to underpinning the foundations of your house, it’s important to call in experienced ground engineering consultants for an appraisal which can help to quickly diagnose the issue and find a comprehensive solution tailored to your home, including an estimate of the foundation repair cost.  By using Teretek to address building foundation problems, there is minimal intrusion into the property and minimal interruption to the occupants, effectively underpinning by non-invasive expanding resin injection. In most cases, residents are not required to move out or move any furniture during the home foundation repair process.  In contrast, traditional concrete foundation repair and re-piling involve extensive works under the home, with families needing to vacate the property for a longer period while the foundation contractors conduct the remediation and fix damaged sections of the home.

Auckland is primarily built on reactive clay soils which shrink and swell according to moisture levels. While seasonal changes occur, a mixture of high drought and heavy rainfall may cause buildings and other structures to be more aggressively affected by subsidence, meaning their foundations ‘sink’ into the ground.

Set over a hilly landscape, Auckland’s suburbs may also be impacted by natural watercourses that cause soils to shift if they are poorly compacted or mixed with other kinds of fill material. However, building movement may also be caused by other underlying or site-specific issues which require professional assessment and a working knowledge of the local area.

Residential foundation styles in Auckland have also evolved over time and each type of housing construction can display different signs of foundation damage. Understanding these structural differences helps to identify the symptoms of subsidence – such as wall cracks, a stuck window or jammed sliding door – and informs the best approach for foundation repairs. 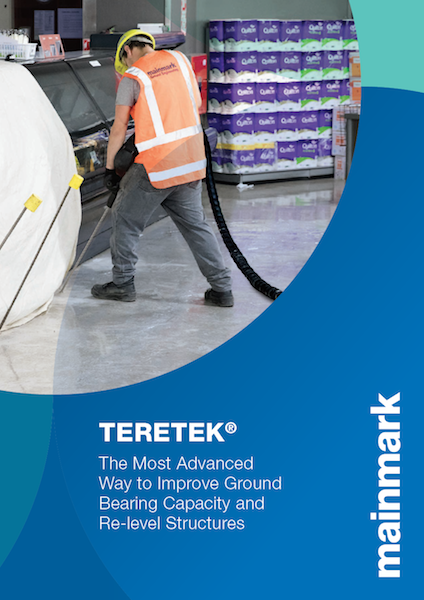 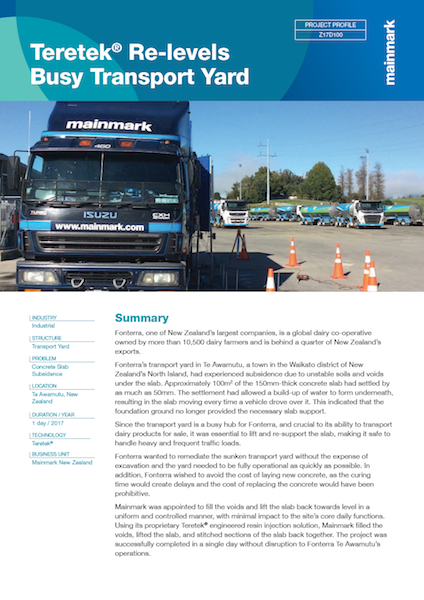 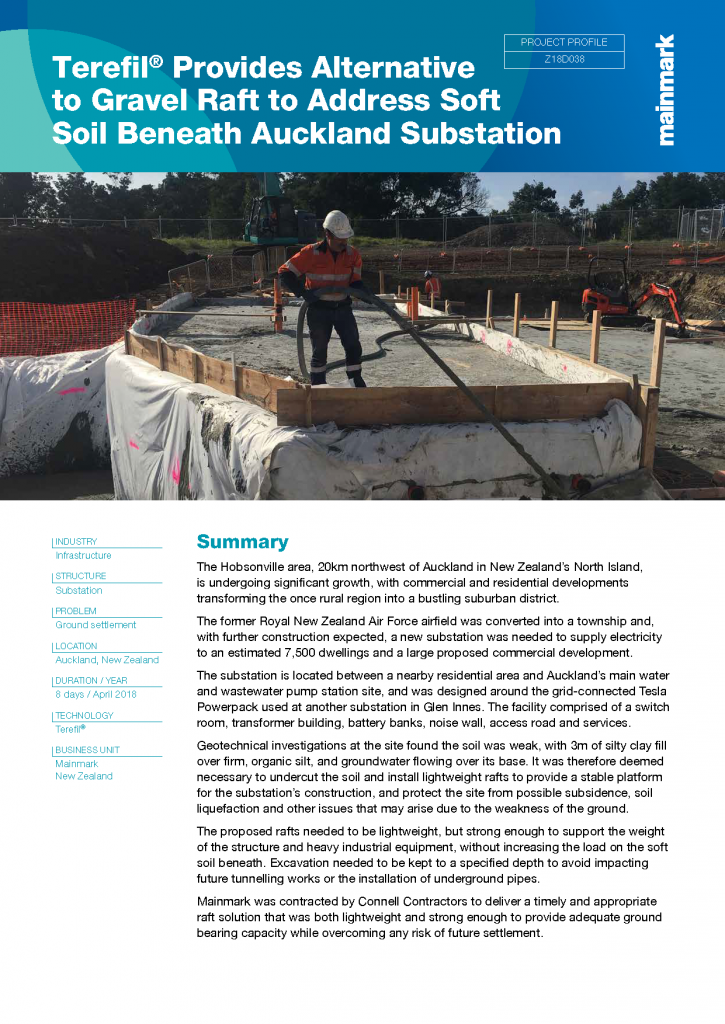