Teretek® Stabilises Concrete Roadway at the City of Canada Bay

The City of Canada Bay in Sydney’s inner west is one of a handful of Council areas in Australia that have rigid pavements (concrete slab roadways). While concrete slabs make excellent long-lasting heavy-duty pavements, they can become susceptible to deterioration due to water ingress.

After many years of service, the concrete slabs were suffering from various levels of deterioration; some were breaking up and needed to be removed and replaced, others required the voids that had formed underneath them to be filled to re-support the roadway and the slab joints sealed to reduce water ingress and water ponding. Several slabs had also sunk significantly and required raising and re-levelling to remove stepping between the slabs.

The deterioration was hazardous for traffic, cyclists and pedestrians, so the Council issued an open tender to find a cost-effective and time-efficient solution to repair and extend the life of the roadways. As the affected area included a main arterial roadway and busy bus route, the solution could not cause significant disruption to local traffic or excessive noise that would disturb residents.

Mainmark’s Teretek resin injection method was identified as the best solution as cyclic testing carried out on rigid pavements has proven resin-based maintenance grouting far out-performs traditional cementitious grouts. This is because resin retains a degree of ductility and does not become brittle and powdery under constant dynamic loading. 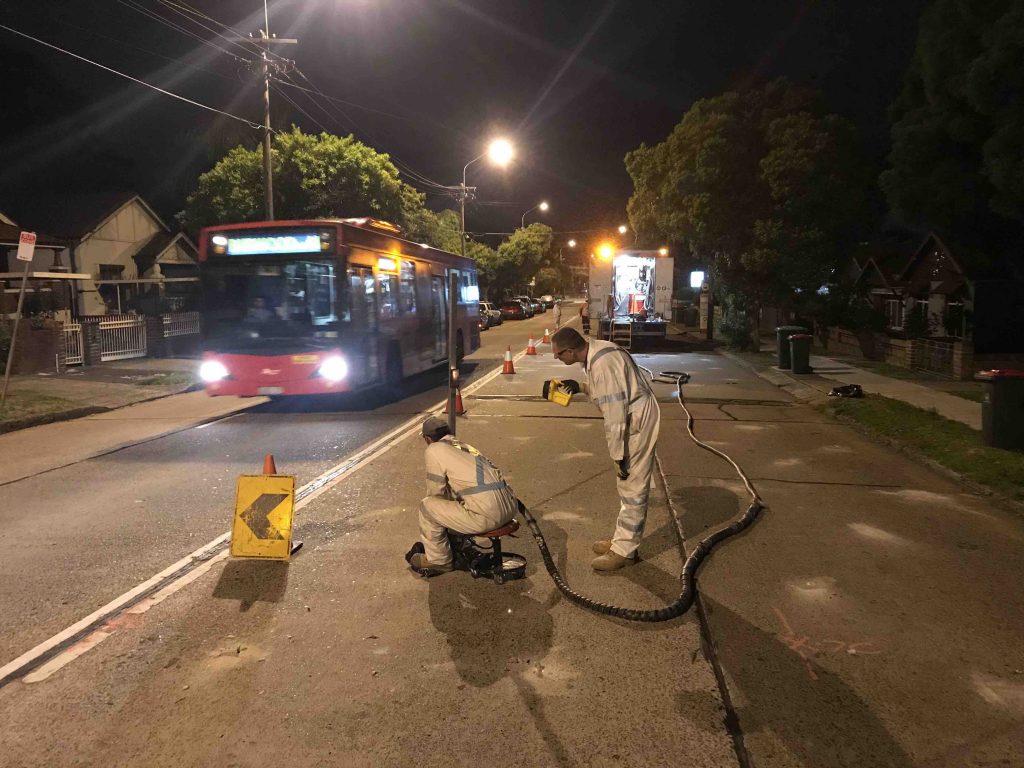 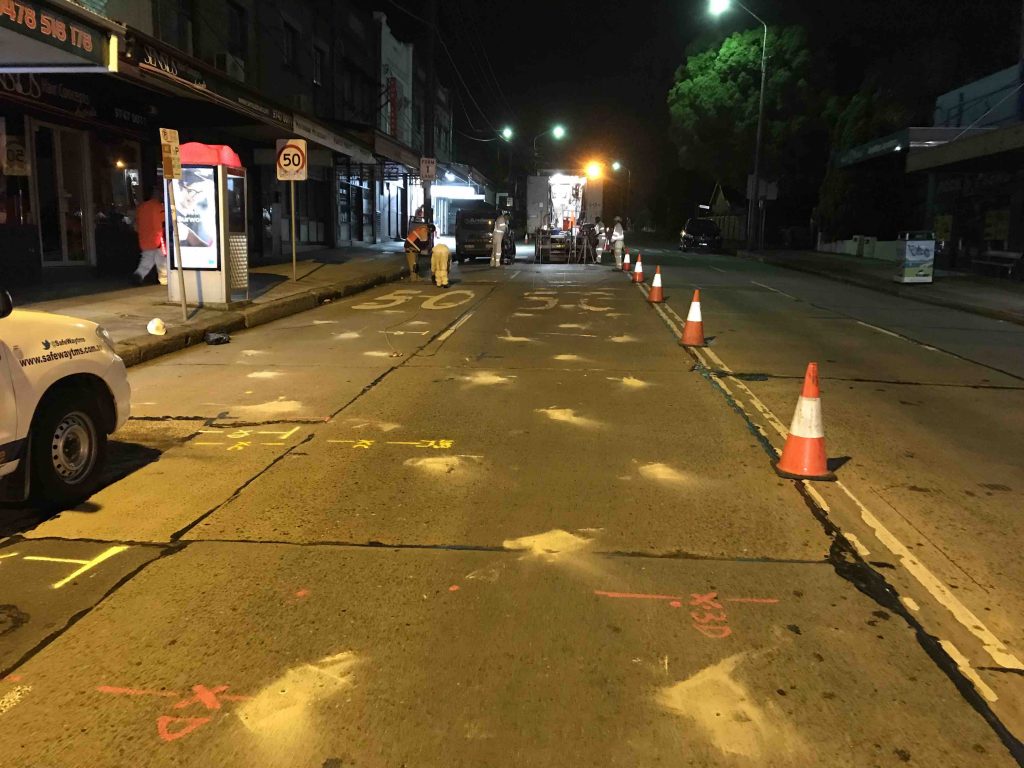 The City of Canada Bay required their main contractor to take responsibility for all aspect of the works including service location, notifying residents of impending work, traffic management, and supply and delivery of a ground remediation solution to raise and re-level the sunken roadway slabs. The works needed to be undertaken as cost-effectively and efficiently as possible to work within the Council’s budget.

The project also needed to be completed after hours, between 8pm and 5am to minimise disruption to local businesses and traffic, including bus routes; it was important that buses could continue to travel uninterrupted without diversions.

The total area requiring treatment was approximately 1500m2 and by using Teretek resin injection, Mainmark re-levelled a significant amount of roadway in a very short period. Numerous areas along the roadway were deflecting under load, pumping fines and showing differential settlement. By remediating using Teretek, rather than replacing the slabs, the Council was able to make significant cost savings.

Teretek is a ground strengthening solution that uses expanding structural resins to fill voids and stabilise, raise and re-level roadways. On injection, the resin components mix together and expand by chemical reaction, hardening immediately, leaving a smooth and trafficable surface above within 15 minutes. This allowed the roadway to remain open while the work was being undertaken without the need to divert traffic or bus routes. The tight project timeframe was a challenge, especially given the heavy traffic including the intersection of Burwood Road and Parramatta Road which could not be closed off.

As the Council’s main contractor, Mainmark was also responsible for service location works. Due to the complex network of underground services including telephone lines, fibre optic cables, live electrical lines, gas lines, and sewer and stormwater pipes, 3 full shifts were required to complete the service location portion of the project. This involved lifting each manhole along the route to obtain a trace on wires and pipes in order to scan and accurately locate services to avoid the risk of breaking existing underground infrastructure when drilling.

Mainmark also notified the local businesses and residents in advance via a letterbox drop. Despite the challenges locating the services networks, and the extent of Teretek injection points required within the 1500m2 treatment zone, the project was completed in only 4 shifts and under budget.

Mohamed Aliyar, Co-ordinator Infrastructure Planning, City of Canada Bay said “Mainmark’s solution provided great value for money and given our experience with working with the company we were very confident in their ability to deliver this project. We would recommend Mainmark for similar jobs.”

Teretek® Stabilises Concrete Roadway at the City of Canada Bay