The seawall is situated on one of Australia’s busiest waterways, opposite the Sydney Opera House and Harbour Bridge, and is subjected to continuous water movement from all types of ocean vessels including ferries, ocean liners, boats and leisure crafts.

Strong southerly winds, choppy waters, and tidal currents had impacted the wall, causing a substantial amount of erosion including a washout of fines between the seawall’s joints. Large cavities were identified along the seawall, with the worst affected areas at the highest and lowest tidal levels. The suction effect due to the tidal currents had also caused voids to form behind the wall, leading to the partial subsidence of a patio area facing the water’s edge.

A complete restoration of the heritage wall, which dates back to the 1890s, was planned including repointing of the sandstone. However, before the work could commence, the seawall needed to be stabilised and the patio area re-supported.

The seawall’s restoration contractor engaged Mainmark to provide a structural solution to fill the voids behind the sandstone blocks, re-support the seawall, and lift and relevel the patio area so it could be safely utilised by residents. 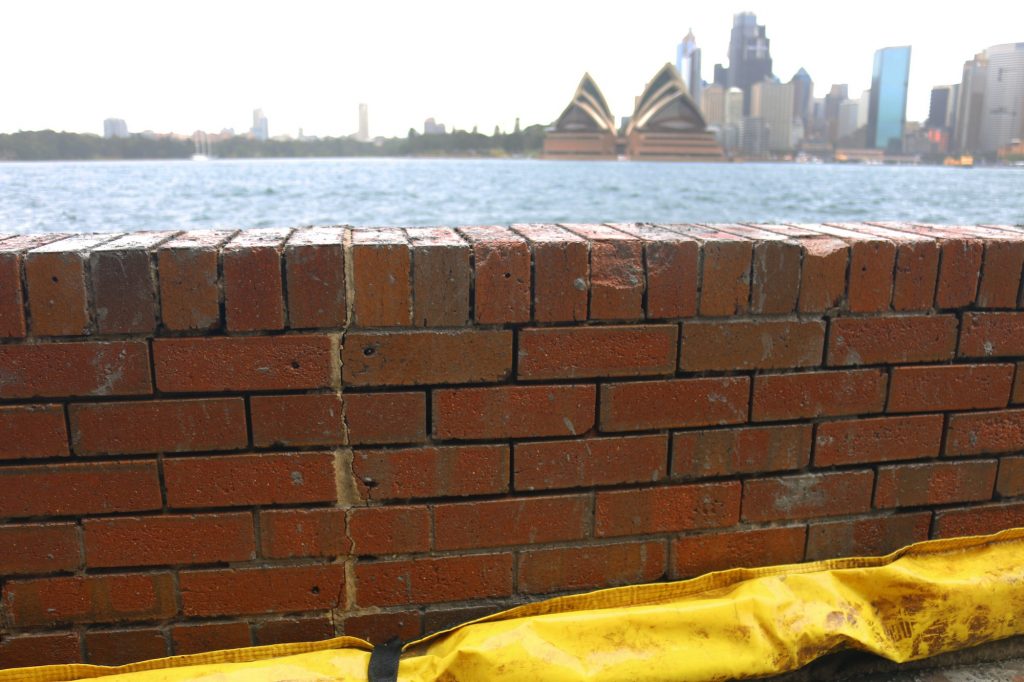 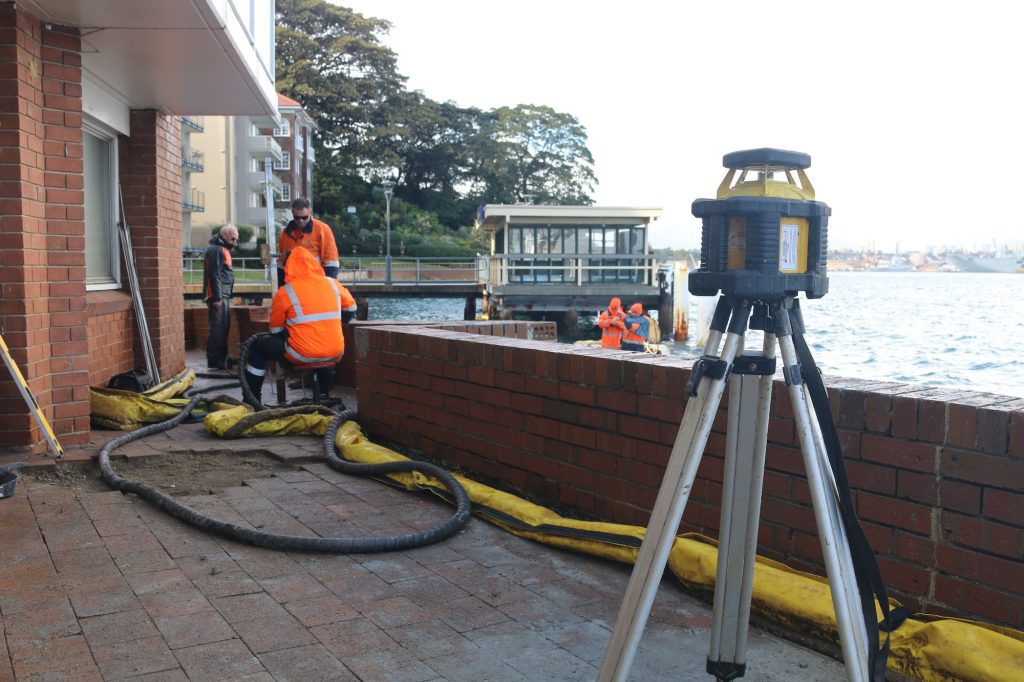 A solution that could withstand the harsh harbour environment was required to resupport the seawall, seal the gaps in the sandstone joints and fill voids behind the wall. The solution also needed to consolidate the ground beneath the sunken patio and return the area back to level.

Due to the tides, a fast acting and easy to apply solution with a fast cure time was needed. It was also critical that the solution had zero impact on the environment and did not pollute the harbour. Given the seawall’s location and heritage significance, the solution needed to comply with a 50-year design life.

Mainmark recommended Teretek resin injection solution to remediate the seawall and re-level the patio. Teretek is an engineered polyurethane resin mix that, when injected into the ground, expands by chemical reaction which strengthens the ground and fills voids.

Despite the seawall’s fragile state, Mainmark technicians were able to carefully inject the Teretek solution into the affected areas, which were between 2m and 3m below the edge of the patio terrace. A floating boom was placed into the water surrounding the wall to collect any waste, which could then be easily retrieved and removed without causing pollution. The contractors considered the inert Teretek engineered resin a very safe and suitable solution compared to alternative cementitious materials that would have dissipated in the water.

Teretek’s easy application method and fast curing time enabled the team to complete the injection process within the very short window of time during low tide. Remediation of the 1.5m wide x 2.5m deep section of the seawall was successfully completed in one shift without the need to demolish, excavate, or rebuild the seawall. This was completed on a difficult access site by parking the Mainmark Rig at street level and injecting the resin via 80m hoses.

Teretek resin is backed by a 50-year product warranty, which met the contractor’s requirement that the solution should comply with a 50-year lifespan, ensuring the heritage seawall will remain in place well into the future.