A high school in Tasmania had growing concerns about water ingress in the subfloor space of its main building. The school was more than 60 years old and had been constructed with a variety of materials due to renovations throughout its lifespan, however the majority of the main building was constructed from concrete Besser blocks and featured timber flooring.

The water ingress, combined with a lack of ventilation in the subspace, had resulted in the area becoming contaminated with black mould. Exposure to black mould can exacerbate asthma and allergies, and in extreme cases, cause mould poisoning in those with weakened immune systems. The contaminated area was located underneath classrooms and the administration’s offices, so the school was concerned about possible health risks to staff and students. 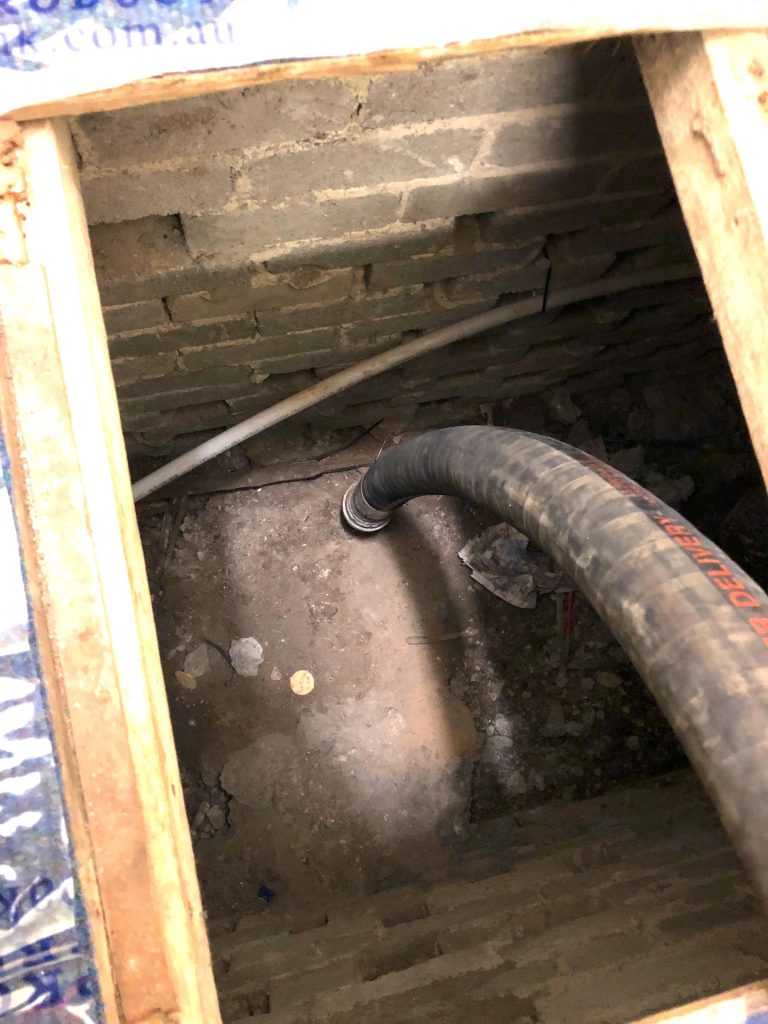 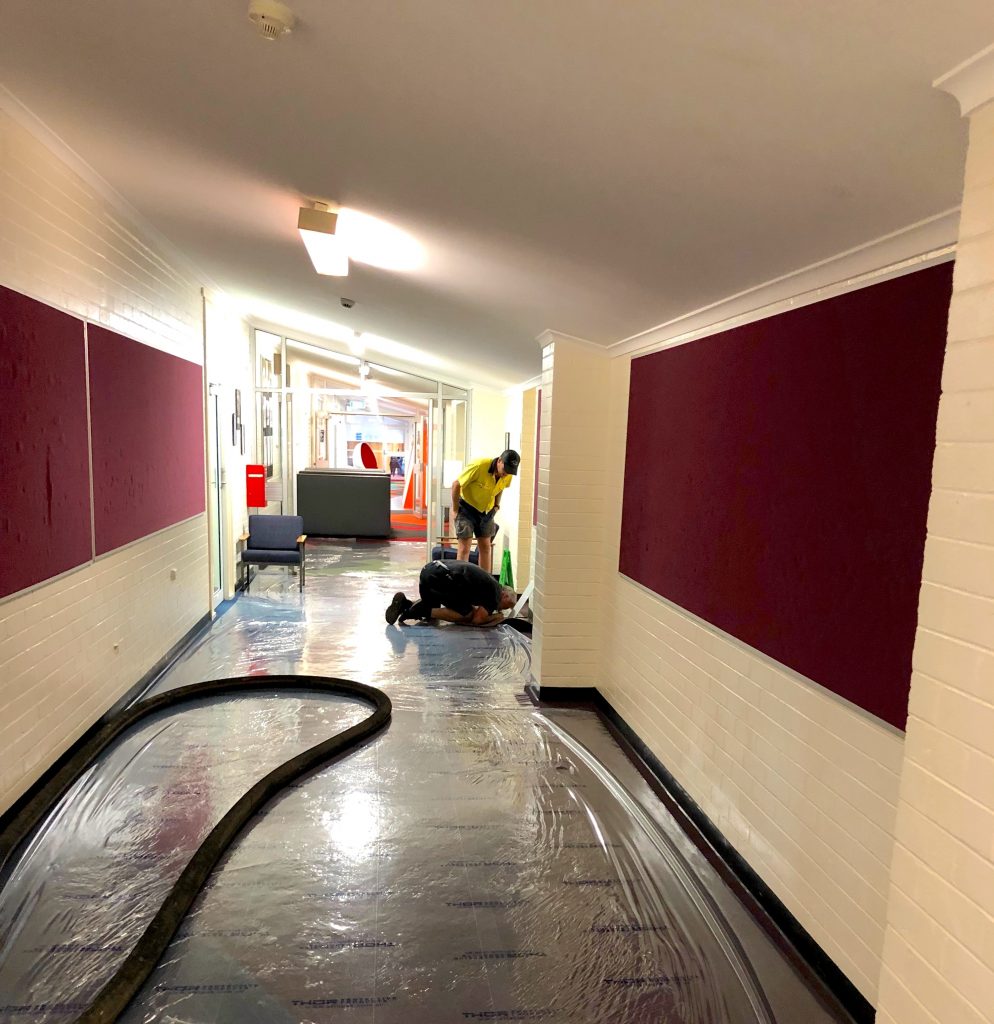 The high school required an effective solution to address the issue of contaminated soil in the subfloor beneath the school’s main building.

The solution needed to deliver 85m3 of fill, with limited access to the subfloor site, without adding a large surcharge load to soil and undertaken outside school hours.

Mainmark’s advanced proprietary void filling solution, Terefil®, was used to fill school’s contaminated subfloor, an area approximately 420m2 and 220mm deep. The project was the first time Terefil was used in this unique way, to cover a contaminated ground site.

Terefil is an advanced engineered light-weight cementitious based filler that easily flows into spaces and voids. The material can be pumped over large distances, therefore the pumping equipment could be based in the school driveway, away from the grout placement area, avoiding the need for large equipment to be transported through the school.

A concern for the client was that by adding the necessary amount of fill material to adequately cover the contaminated soil, the added weight may weaken the soil. By using Terefil, the density was only 500kg/m3 , approximately 1/5th the weight of other conventional concrete fills, and so placed minimal weight on the soil.

Terefil’s self-levelling properties also proved advantageous, as access for pouring into the subfloor was only available through a few surface access holes. Each injection point was monitored by borescopes to ensure the material filled the entire target area. Samples were taken at the beginning and throughout the pour to ensure the required densities were produced.

The school’s construction consultant was particularly impressed with Mainmark’s cost-effective, safe and time-efficient solution, as it avoided the need to physically remove the contaminated soil by hand.

The works were completed smoothly, on time and within budget. Despite allocating two full days to complete the project, the subspace was filled in just 8 hours, including mobilisation, clean up and demobilisation.